Chianti. A name that makes every aficionado's heart skip a beat, and not without reason. Perhaps it's because it encapsulates the beauty of an entire territory, which in everyone's mind's eye is made up of hills, cypresses and stunning roads through vineyards. Or maybe it's because when there's a bottle on the table, you already know that your meal can only go from strength to strength. And let's face it, it's delicious (especially with a nice Florentine steak).

But what do you know about this red, a native son of Tuscany? Of course, it looks great in your glass and you have a bottle of it just sitting there, to open when your famous lasagna is on the menu. But here's some more to learn, from history to curiosities and pairings, so you can truly say that Chianti has no more secrets for you…

A mild climate, a rich and fertile soil: it is no coincidence that these hills have been inhabited since the second millennium BC. The Etruscans were the first to turn their hands to cultivating it: it was they who introduced the production of vines, later improved by the Romans. With the end of the Empire, the area experienced dark centuries of decline, at least until the year 1000. From there, everything was on the rise and Chianti began to create its own iconic identity.

The legend of the Black Rooster

By medieval times, the Chianti region had become a much-coveted land, at least for the two historic rival cities of Florence and Siena. After years of protracted disputes, a very curious way of establishing the respective borders was decided. Each of the towns would choose a rooster and a knight. When the first crowed, the second would gallop and the new boundary would be set at the point where the two riders met. Siena chose a white rooster, well fed in preparation for the challenge. Florence, on the other hand, chose a black rooster, which had been kept on a fast for days. The black rooster, gripped by hunger pangs, crowed long before dawn and the Florentine knight was able to set off with a clear advantage over his opponent. The boundaries were then established at Castellina, a few kilometres from Siena. And that's why the black rooster was chosen as the symbol of Chianti Classico.

If you thought they were the same thing, or that "classic" was just another ploy by your cousin to show off his new sommelier certificate, you're wrong. They are, in fact, two separate DOCGs and therefore have different production regulations. What's the difference? The Chianti DOCG area is the largest, while the Chianti Classico area is the oldest nucleus, made up of a few municipalities and historic hills. The minimum percentage of Sangiovese used in the two wines also differs, resulting in tasting differences.

How can you recognise them both? Simple – once again the black rooster comes into play. If you see it on the label, then you are holding a fine Chianti Classico. Enjoy it, without a care in the world. 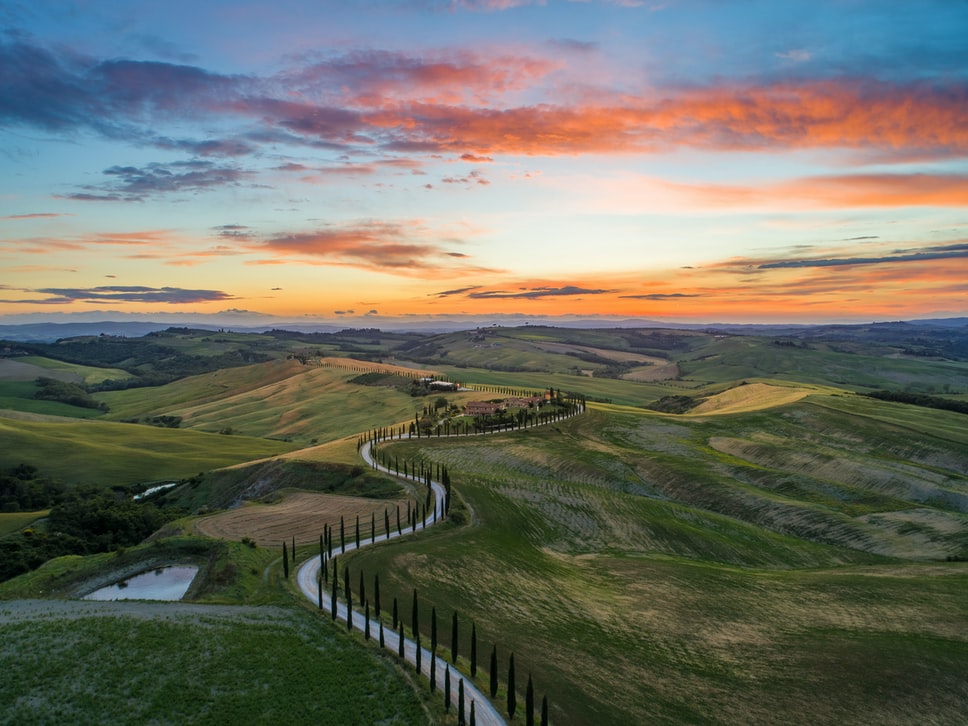 Not just with the traditional Florentine steak

Who says that Chianti only goes well with traditional Tuscan dishes? Certainly, with a Florentine steak (and perhaps the typical side dish of white beans and a generous helping of olive oil), it delivers. But its characteristics make it pretty versatile; the important thing is to always choose succulent, tasty dishes that stand up to comparison. For example, with roasts, game or the strong taste of truffle, perhaps when it perfumes your risotto, it is a perfect match. A Chianti Riserva, due to its greater concentration of aromas and more intense spicy notes, is the perfect accompaniment to a bruschetta with cream of mushroom and truffle sauce or classic fusilloni with wild boar ragù. And if you want to push the envelope, you can also try something more exotic, such as Indian cuisine. In which case, be prepared for an explosion of spices and heat, but don't worry: a good Chianti can handle it.