Few things in life are sure bets, but one of them is definitely Prosecco as an aperitif (and more). Its extreme drinkability and great versatility make it one of the most popular and appreciated Italian wines in the world, so much so that between 2013 and 2014 it outdid Champagne in terms of the number of bottles sold.

For example, where does it come from and what are the best pairings? If you're one of the curious, here's everything you need to know about those incredible bubbles.

History and origin of the name

When we talk about going back in time in search of the origins of some Italian food and wine specialities, most of the time we start from ancient Rome. And Prosecco is no exception. Indeed, according to one of the many hypotheses, its forebear is the so-called 'Pucino', described by Pliny the Elder in his treatise 'Naturalis Historia'. Considered a true delicacy and appreciated by the most important personalities of the time, Vinum Pucinum was even said to be an elixir of life.

It seems, however, that the origins of Prosecco, as we know it today, date back to the end of the 16th century: Prosecco, a small Friulian municipality not far from Trieste, is said to have given its name to this delightful wine.

Prosecco is produced mainly from Glera grapes, in the regions of Veneto and Friuli-Venezia Giulia: a wonderful land of steep slopes and hand-worked vineyards. In particular, the Prosecco hills between Conegliano and Valdobbiadene, in the province of Treviso, became a UNESCO World Heritage Site in 2019. This is the birthplace of one of the two Prosecco DOCGs, namely Prosecco Conegliano Valdobbiadene Superiore DOCG (the other being Asolo Prosecco Superiore DOCG), whose sub-zone Cartizze is considered the best of the best in the region. With its vineyards facing south and therefore always sunny, it constantly enjoys the breeze from the north-east and the cold air from the Alps. This results in very high quality and concentration of aromas in the grapes. 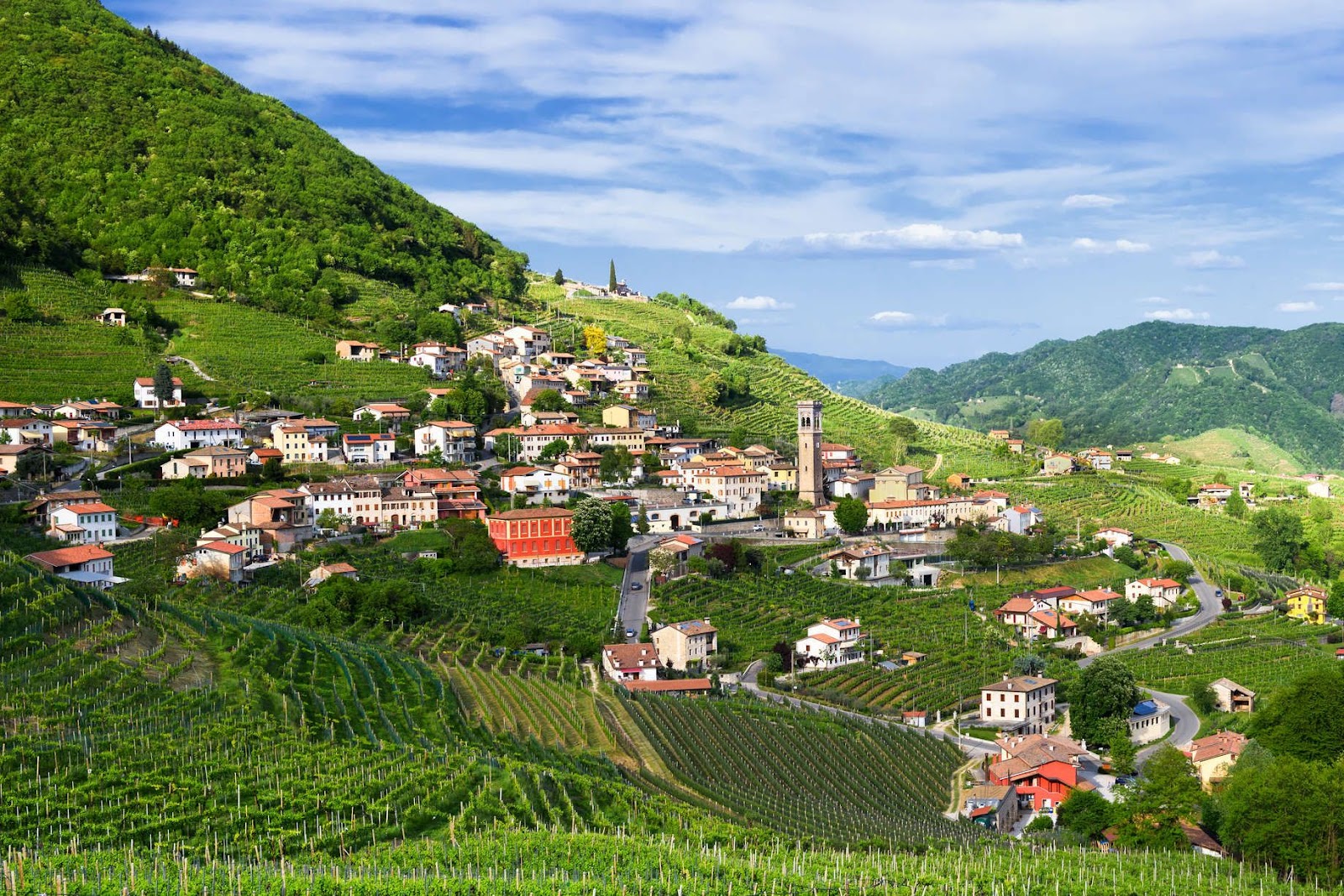 Prosecco is not just the sparkling wine we all know. In fact, it can be produced in three types:

The King of the Aperitif (and more)

What sets Prosecco apart, and what makes it so popular, is definitely its versatility. It is a fresh, elegant wine, perfect for drinking throughout a meal, starting with an aperitif. In this case, a Prosecco Millesimato is just what you need to start off on the right foot. Smooth, lively, with distinct hints of peach and apricot: the rest of the meal flows naturally...

But its delicate fruity and floral aromas also lend themselves very well to pairing with lightly cooked foods, such as vegetable dishes. It goes well with asparagus and radicchio trevisano, typical of the area where it is produced, but also with green vegetables such as spinach, courgettes and chard, especially if combined with ricotta. Here you can even go for a Rosé Millesimata version with a fresh, fruity bouquet and interesting aromatic complexity and subtle tannins. If you have fresh fish, sushi or shellfish on the table, this is a safe bet.

And if your love of Prosecco extends beyond the meal, enjoy it to the end. How? A fine Prosecco grappa is the answer: its slow distillation brings out the aromatic richness of the grapes, for a smooth and fragrant sip.

That’s not really advisable, although it is common to toast at the end of a meal with a glass of Prosecco. In this instance the principle of concordance applies, i.e. sweet taste with sweet taste: pairing the bubbles of a dry sparkling wine with dessert is therefore not very appealing. Much better to opt for a Moscato Spumante, which, with the typical aromatic qualities of its grape of origin, is well suited to the end of a meal.