Falanghina, the iconic wine of Campania

As one of the most popular whites, it is the wine of emperors.

HISTORY OF FALANGHINA AND ORIGINS OF THE NAME

Dating back to Roman times, Falanghina has been one of the most popular white wines since the earliest periods of history. Hailed by Pliny the Elder and various ancient poets, Falanghina wine is said to have been a favourite in the royal court of Naples. It was even included on the papal wine list.

The vine was probably introduced to Campania by Greek colonists, later becoming indigenous to the Italian region. Gradually over time, cultivation of the vine declined, until it was discovered that Falanghina grapes were resistant to phylloxera, a vine epidemic that destroyed almost all crops towards the end of the 19th century. Since then, the grape variety has been revived and new cultivation methods have been introduced that favour quality over quantity, allowing Falanghina wine to become a source of pride for Campania.

What does “Falanghina” mean? The origins of the name seem to derive from the term “falanga”, which refers to the wooden poles used to support the vines.

WHERE IS FALANGHINA PRODUCED?

Falanghina is a very versatile and high-yielding grape variety, which is mainly cultivated in Campania, specifically in the areas of Sannio Beneventano, Campi Flegrei and Caserta. With its diverse topography composed mainly of hills and mountains, Campania is an area particularly suited to the cultivation of Falanghina grapes, occupying around 5% of the region's wine-growing area. Its climate, exposure to the sun and clay soils rich in volcanic dust all contribute to the organoleptic uniqueness of the wine produced.

Interestingly, DNA studies were carried out in 2005 that showed genetic differences between the Falanghina grape variety grown in the Naples area and that grown in the province of Benevento.

After being harvested by hand, Falanghina grapes can be fermented to produce different types of wine. The most widely used type is undoubtedly the one that produces dry wine, but it is also possible to produce sparkling wines, passito wines or even late harvest varieties.

In recent years, Falanghina Campania IGT has seen increasing demand from the national and international markets, a testament to its high quality. Distinctive for its straw-yellow colour and greenish hues, the wine is recognisable from the first sip. Its intense but balanced aroma evokes floral notes and fruity, citrusy aromas with hints of apple, pear and banana. It has a dry, pleasant flavour, which is slightly acidic and of medium body.

FALANGHINA ON THE TABLE: THE BEST PAIRINGS 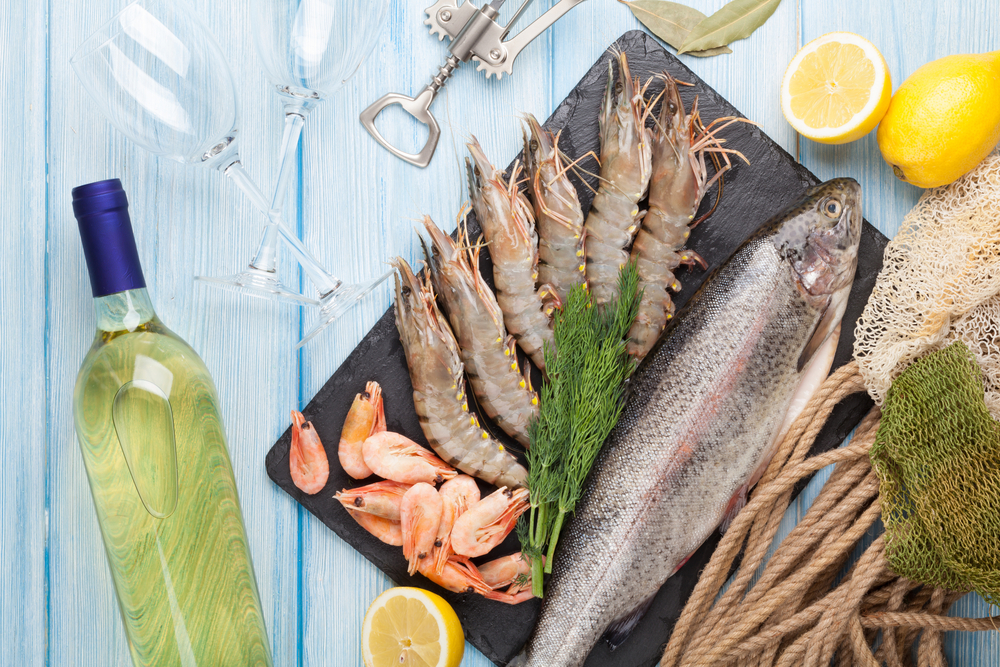 This fresh and easy-to-drink wine is excellent on its own as an aperitif wine with blue or soft cheeses. However, Falanghina is at its finest when paired with fish in all its guises: fried or grilled, with shellfish, seafood or sushi. It is sublime with spaghetti and clams or fancy fish dishes, including those with sauces. Generally speaking, it can be served with all Campanian and Mediterranean dishes, including those using white meat.

Invite your guests for a fish supper and serve Falanghina at 8-10ºC. No one will leave disappointed!