Curiosities and history of one of Italy's best-loved rituals

In Italy, it is something that cannot be missed. After an abundant lunch or dinner, after eating everything and anything from starters to desserts, the need to "lighten up" and aid digestion comes up. So here comes the coffee first and the ammazzacaffè afterwards. A tradition that is part of our way of experiencing food and well-being, the icing on the cake of a good meal in company.

Contrary to the meaning it may have today, that of conviviality and simplicity, the habit of ending the meal with an alcoholic drink did not originate among the people, but rather among the aristocratic classes. In fact, the nobility used to "kill" the taste of coffee that remained in their mouths with something stronger: once dinner was over, the men went into the living room to smoke cigars and drink brandy and cognac.

An authentic ritual, since 1500

Does this seem strange to you? Well, you have to know that the habit of the "ammazzacaffè" was already present centuries ago, although it was with Catherine de' Medici, consort of the King of France, that it began to take hold. The noblewoman brought Italian cooks, confectioners and liqueurists with her to Paris, who helped to spread the art of Italian liqueur-making beyond the Alps. A further boost to production came in 1700, following important scientific discoveries on fermentation techniques. In the years that followed, growing interest and improvements in sugar production supported the liqueur industry, making Italy, France and Holland the leading producers in Europe.

Distillate and liqueur are not the same thing

The term 'ammazzacaffè' refers to the classic 'little glass' we drink at the end of a meal, whether it be grappa, amaro, sambuca or something else. In reality, there is a big difference between the various alternatives, first and foremost between being a distillate or a liqueur.

The spirit is an alcoholic beverage obtained by distillation, i.e. heating a low-alcohol beverage and separating its liquid part from the volatile part. The volatile part is then conveyed into the still, cooled and transformed back into a liquid state, which then has a higher alcohol content. Grappa, gin, vodka, tequila and brandy belong to this category.

Liqueur, on the other hand, is obtained from the hot infusion or cold maceration of spices, herbs or fruit in alcohol, with the addition of water and sugar. 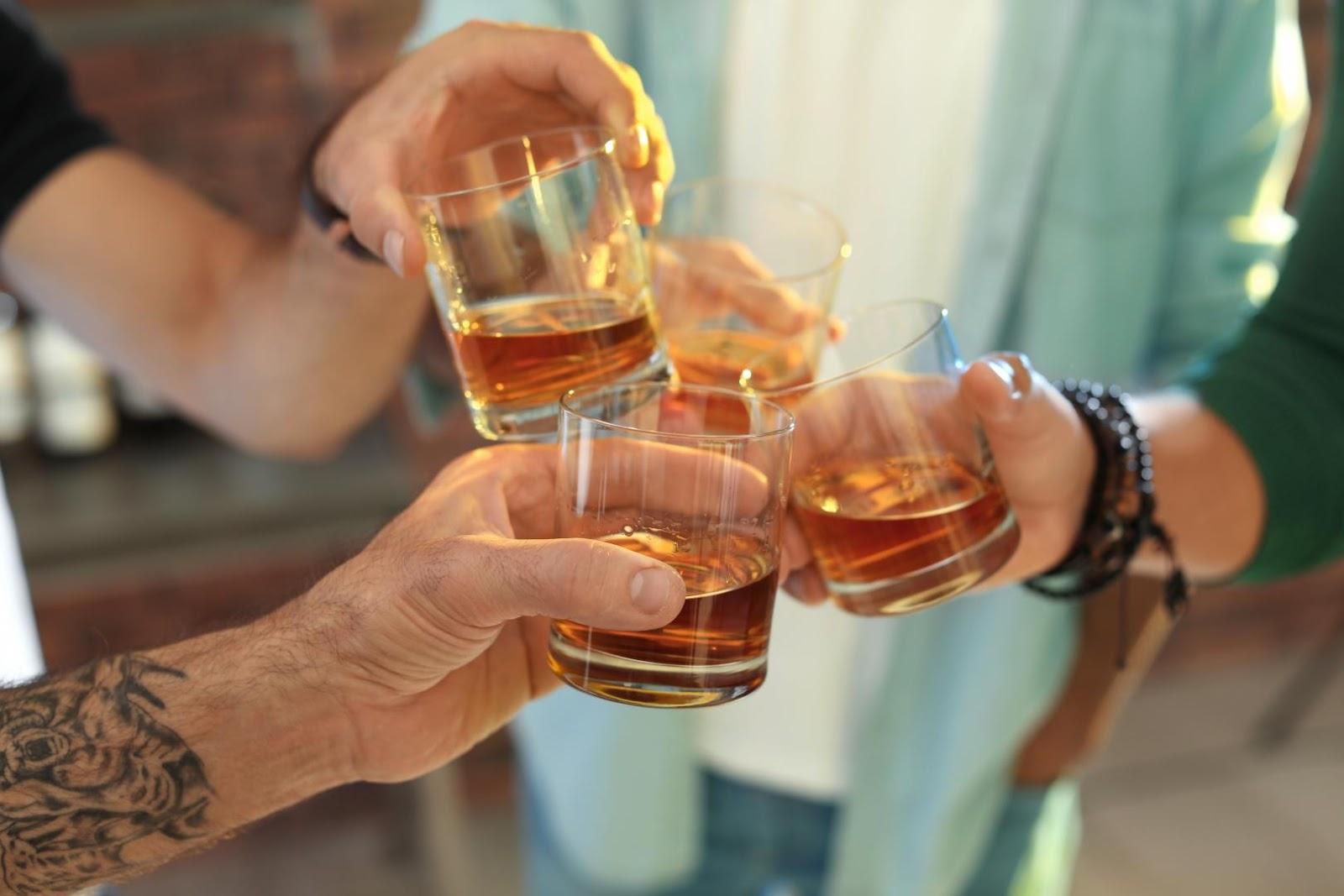 What are Italians' favourite coffee killers?

Grappa, the grape marc distillate produced only in Italy, certainly plays a major role. Whether young or aged, aromatic (such as Grappa di Moscato) or flavoured, at the end of a meal it is a pleasure that should be sipped slowly, to be savoured to the full.

If you like softer, rounder flavours, Grappa di Brunello is for you: obtained from the distillation of the marc of Sangiovese, locally known as Brunello, it has a clear, bright colour, with clear mineral and fruity notes. If, on the other hand, you prefer more spicy and roasted flavours, go for a grappa such as aged Grappa di Amarone: its more intense amber colour and stronger flavour will satisfy you.

Sambuca is another of the most popular end-of-meal drinks, appreciated for its pure, transparent colour and its unmistakable sweet and pungent flavour of star anise. An Italian liqueur par excellence, it can be drunk in different ways: straight up with a few cubes of ice, or as a key ingredient in pleasant cocktails. And have you ever tried adding it directly to coffee? It makes for an extraordinary mix.

Turning to bitters, which have always been known as digestive elixirs with therapeutic properties, it must be said that each Italian region has its own specialities. Made from a combination of alcohol and medicinal herbs (sometimes up to 40), these are complex and often secret preparations. Try the intense and overwhelming flavour of Amaro del Moro or the strongly aromatic Amaro di Langa: straight up or with a few cubes of ice, you will never go wrong.