WHAT ARE THE MOST POPULAR GRAPE VARIETIES IN THE WORLD?

WHAT ARE THE MOST POPULAR GRAPE VARIETIES IN THE WORLD?

Vines have been cultivated in Italy since the second millennium BC. In all these centuries, its wine heritage has undergone great changes, from the introduction of so-called 'international varieties' to the rediscovery and enhancement of native varieties. Transformations have also taken place and are still taking place in the rest of the world, where increasing specialisation and greater attention to sustainability issues require continuous adaptation of production.

But what are the most widespread grape varieties in the world? And in Italy? To answer these questions, let's take a step back...

Grape varieties: how many are there?

If you thought that the only way to distinguish a grape variety was by the colour of its grapes, then you will be surprised to discover that there is another classification, based on territoriality and historical origin. In fact, grape varieties can be

The most common grape varieties in the world

There are about 6,000 grape varieties in the world, many of which are grown in Italy. But the record for the most widespread grape variety is not held by an Italian, but by the international Cabernet Sauvignon. Originally from south-western France, more precisely the Bordeaux area, it produces wines with great structure and character, and good ageing potential. It is often blended with Merlot and sometimes also with Cabernet Franc, in the so-called "Bordeaux blend". Merlot is the second most cultivated grape variety in the world. Characterised by early ripening, it is capable of growing and expressing itself very well even in areas where temperature can be a limiting factor. Next comes Airén, a white grape from Spain and the main component of Brandy, along with the Spanish (red) Tempranillo. Long considered a rustic wine of little interest, Tempranillo has seen increasing acceptance in the New World in recent decades, especially in Australia, California and Argentina.

And what about Chardonnay? This grape variety originating in France occupies fifth place. Widely used for the production of Champagne and, in Italy, of Metodo Classico sparkling wines, it is characterised by a rather high alcohol content and acidity. The scents are those of apples and bananas, but it can evolve towards more fatty and complex aromas and sensations if aged in wood.

Before the arrival of phylloxera, a real scourge for European viticulture at the end of the 19th century, there were thousands of different grape varieties in Italy, each with specific characteristics. Since then, the continent's wine-growing heritage has been greatly reduced, only to undergo the opposite trend around the post-war years: planting highly productive vines, to the detriment of quality. It is only in the last 30 years or so, thanks also to the transition to a more specialised viticulture, that there has been a return to a preference for higher quality varieties, even at the cost of reducing production volumes. Thus, international varieties have also arrived in Italy, most of which were already present in Italian vineyards before phylloxera. In general, the number of grape varieties in Italy is still very high. In fact, our country has the largest number of indigenous grape varieties in the world! 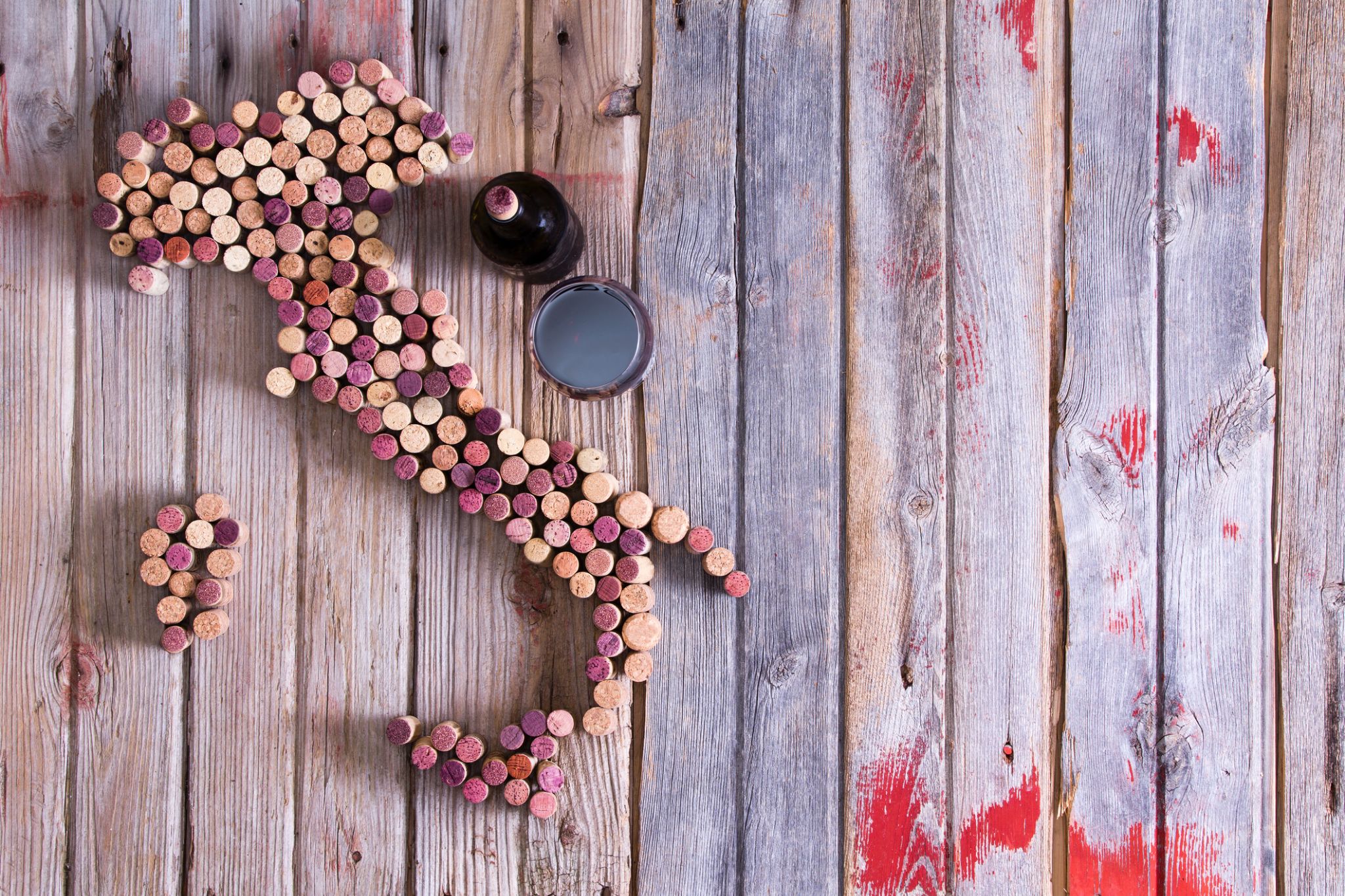 But which are the most widespread grape varieties in Italy? In first place we find Sangiovese, the prince among the black grape varieties of Tuscany, and the most widespread native red grape variety in Italy. It is a grape variety that can give very different expressions, depending on the climate and altitude at which it is grown. In general, it has very intense aromas of cherry, plum and violet, marked tannins and a good alcohol content. For this reason, wines made from Sangiovese, such as Chianti, Brunello di Montalcino and Morellino di Scansano, lend themselves well to ageing.

Next comes Montepulciano, which is also grown mainly in central Italy. This vine produces structured, intense wines, with great aromatic complexity and good alcohol content. It gives excellent results when vinified alone, but does not disdain the company of Sangiovese to create blends of great character.

The third step of the podium is occupied by Glera, whose grapes are mainly used for the production of Prosecco. Production is concentrated in the Veneto region, the home of this Martinotti Method sparkling wine, appreciated throughout the world and an incomparable ally for the aperitif.

Among the other most popular grape varieties in Italy are the international Pinot Grigio and Merlot. The first, a white grape, originated in Burgundy, where there is still the largest number of hectares under vine. Here in Italy, it has spread mainly in Friuli, Lombardy, Veneto and Alto Adige. Merlot, also of French origin, has found a home just about everywhere, from the regions of northern Italy to Tuscany. It is capable of producing both structured wines, especially when matured in barriques, and young, drinkable wines.